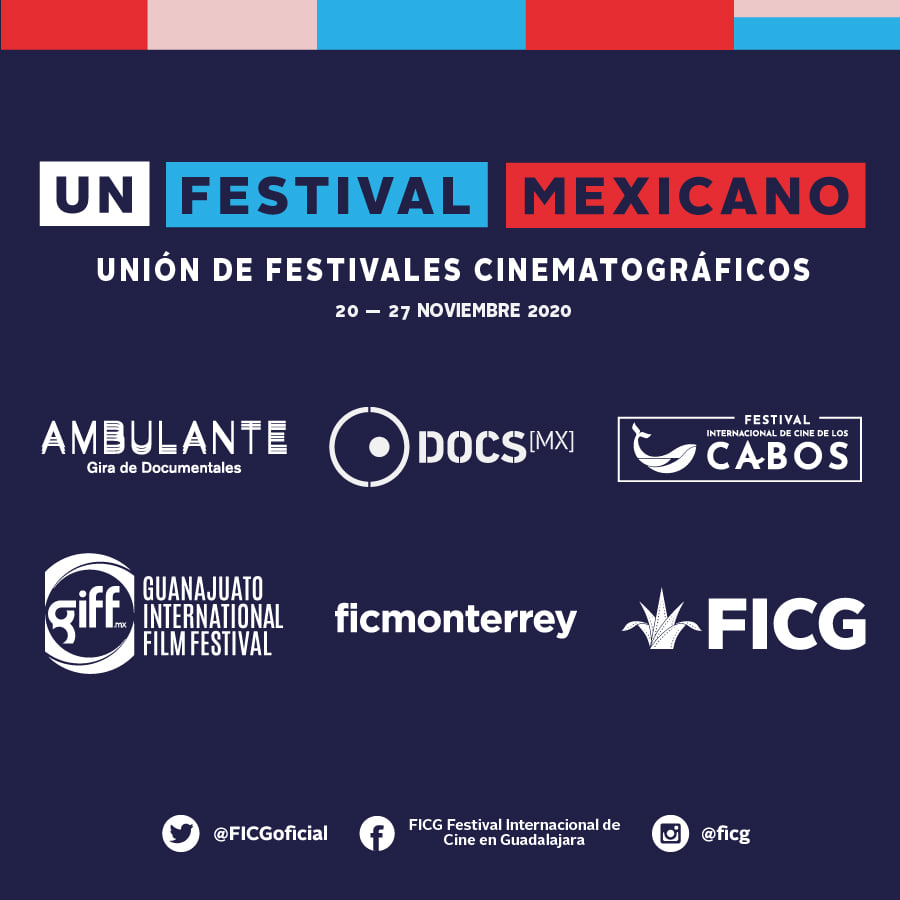 A Mexican Festival has been created by the alliance of the most representative festivals in Mexico, showcasing the best of Mexican filmmaking and promoting this art by bringing together the participating competitions’ efforts and strengths.

One of the most significant challenges posed by Covid-19 is that film festivals in our country had to be postponed, canceled, or had to modify their dates and presentation. For this reason, the Guadalajara International Film Festival (FICG) decided on the initiative A Mexican Festival and bring together Mexico’s most important festivals.

Each participating festival will contribute with their experience and talent to provide a film selection of the highest quality, bringing together audiences from around the country and highlighting each festival’s particularities and strengths. A Mexican Festival will have the critical and specialized gaze of Mexico’s most important festivals.

To be held during FICG’s 35.2 edition, the event will screen the best of this art, showing that the union and support among festivals are stronger and more consolidated than ever and striving to work on one sole objective: to offer filmmaking the widest screening.

This new reality allows us to provide the greatest plurality possible, where any interested person will enjoy the content in one place. We are aware of the world situation and its consequences on films; for this reason, we reinforce our commitment to show the films and its creators in person.