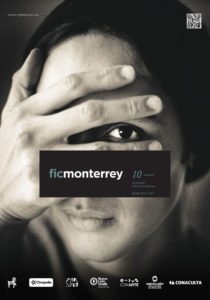 In the 2014 edition, the Monterrey International Film Festival A.C. celebrated its 10th anniversary; a decade of bringing a selection of the best of local, national and international cinema to the north of the country. It was also a celebration of being since its inception a fundamental actor in the strengthening of the film industry in Mexico.

To celebrate these first ten years we thought about bringing to the city a selection of the cinematography of the three countries that have had a larger presence throughout the history of the Monterrey IFF: United States, during the opening of the Festival; and Spain and Germany on special galas. We also hosted a premiere of a national film.

“Hellion”, written and directed by Kat Candler, was the American film selected for the inauguration gala of the Festival, which took place from the 26th to the 31st of August.

During the national gala, we premiered the film “Entre Sombras”, written and directed by Tony Wakefield. Among the international galas we showcased “Love Steak”, a German film directed by Jakob Lass; and the Spanish movie  “Vivir es fácil con los ojos cerrados”, by David Trueba.

In this edition, the Student Short Film Showcase was for the first time part of the official competition, giving young filmmakers of the city the opportunity to show their work on the big screen and a shot of getting a coveted Cabrito de Plata.

During this anniversary edition we paid tribute to one of the most representative figures of the film industry in our country: the actor and producer Daniel Giménez Cacho, who received a Cabrito de Plata for his artistic career and a Cabrito de Cristal, as an Icon of Mexican Cinema.

In 2014 we once again worked with Enlaces con Tacto A.C., but now with kids from the Children AntiCancer Alliance. A total of 11 kids found in cinema a way of expression, going through the complete process of making three animated short films.

Along with Heartland Alliance and Vista Digital Rent, Monterrey IFF organized a short film workshop for young people from communities at risk in Nuevo León. The results of this workshop were 9 short films that –even though were not considered part of the official competition– represented the talent that lives in Monterrey and the capacity cinema has of projecting stories that reflect the social, economic and cultural context with the hope of generating change.

Along that same focus of bringing cinema closer to more diverse audiences, Monterrey IFF left behind its usual venues to take film to public squares and community centers. There, we showcased the documentaries “Feel da reggae” of Luis Gerardo Ramos and “A Place of Truth”, of Barret Rudich.

For the seventh time, as part of the Festival activities, we hosted the Film Industry Day, where specialists, professionals and students established a direct dialogue in order to work on the development of film production in México.

The jury of the 10th edition of the Monterrey IFF was made up by Gerardo Tort, María Novaro and Mario Zaragoza, for the International Feature Films; and Erwin Gómez Viñalez, Gabe Van Amburgh and Raphaële Monnoyer, for the Mexican Feature Films.

Jury Mentions
An der tür (At the Door) by Miriam Bliese