by Prensa
/
35 Views
No Comments 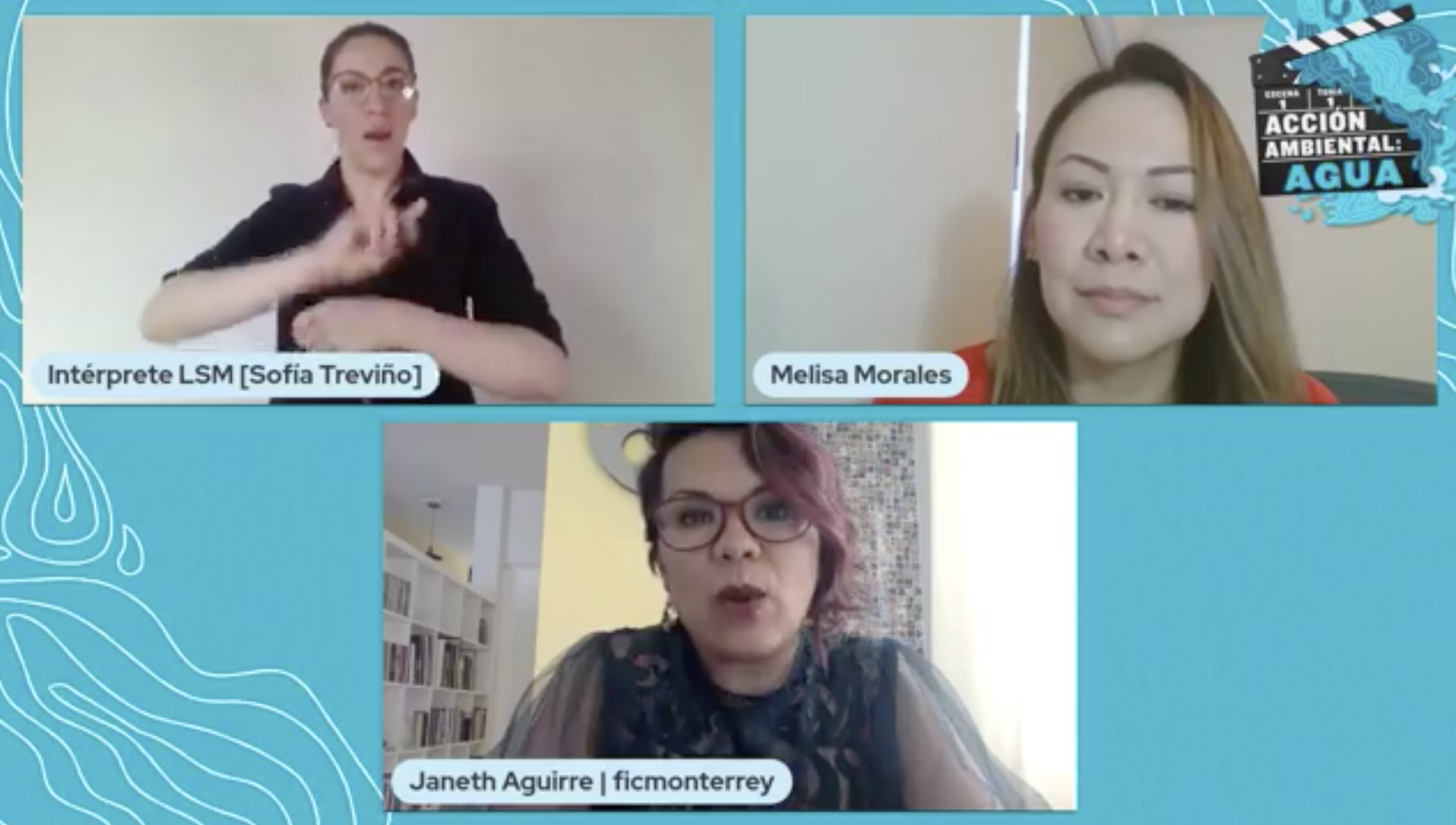 Aware of the value of water and taking care of this resource, members of the Monterrey International Film Festival held a chat. They promoted the first short film ‘Environmental Action’ contest which the festival is organizing with Fondo Ambiental Metropolitano de Monterrey and Arca Continental.

The chat took place on World Water Day, on March 22, with Janeth Aguirre, ficmonterrey’s Executive Director, and Melisa Morales, project coordinator. During the chat, they explained the submission bases for this contest that looks to increase awareness and care for water through films.

“This is a short film contest that specifically addresses the promotion of water culture. The objective is to use our films to promote this culture, our messages, our vision, our actions within our families, and as individuals, proactively and positively,” said Janeth Aguirre.

During the conversation, presented through the film festival’s different platforms, Aguirre shared tips to make a film. At the same time, Morales detailed the six themes on water culture required in the participating films.

Finally, Melisa Morales, project coordinator, concluded that “it is very important to promote greater water care, which is what we are celebrating today.” World Water Day was proclaimed to raise awareness of the use of water.

The event also had the participation of Sofía Treviño, an interpreter of Mexican sign language.