ficmonterrey will present films during the Santa Lucía International Festival 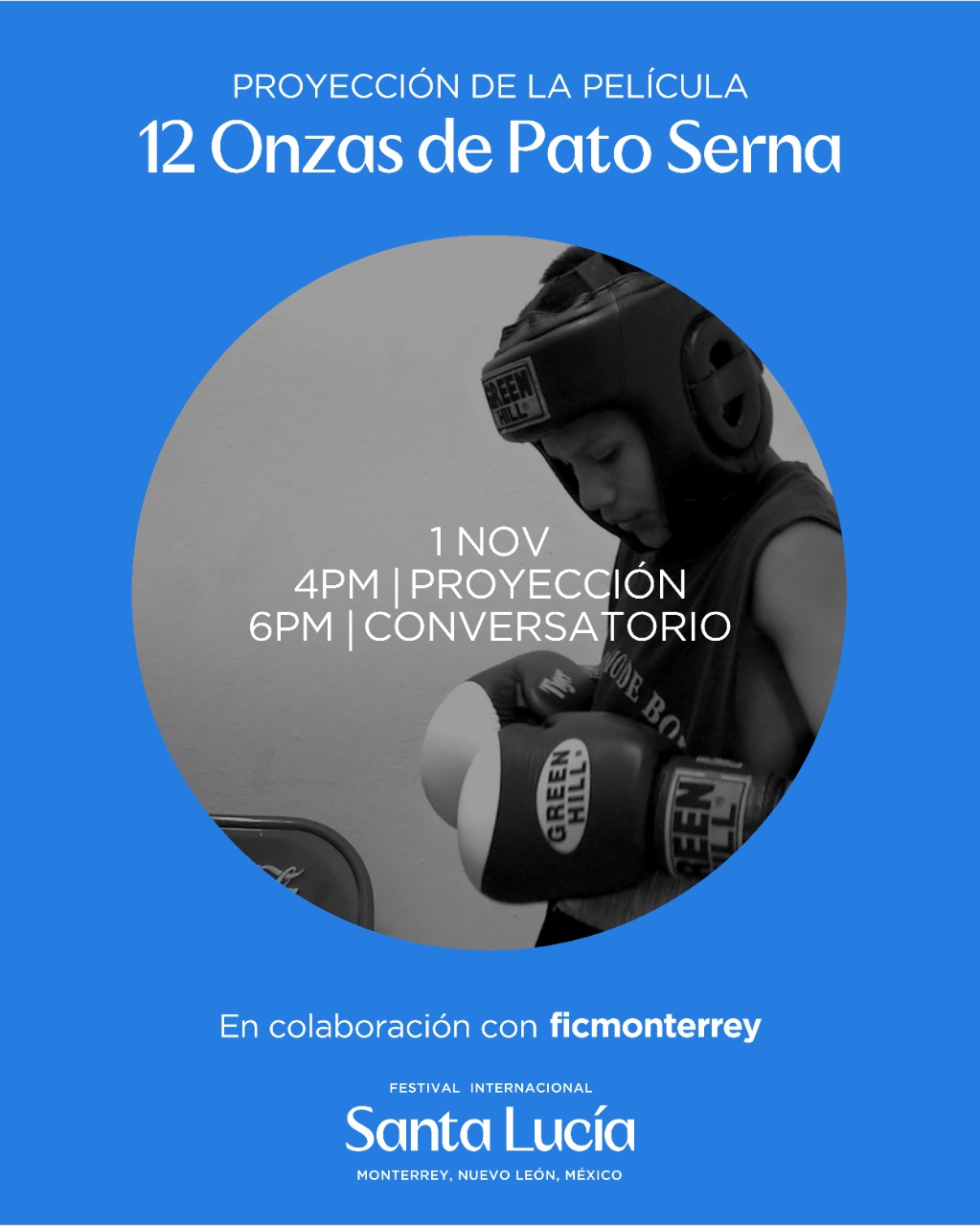 ficmonterrey joins the Santa Lucía International Festival in its quest to bring art into the homes.

Aware of the challenges posed by the present health crisis in Mexico and the world, the Monterrey International Film Festival has joined efforts with FISL to screen four films and their corresponding conversations. These projections will take place on Sunday, November 1, 8, 15 and 22, 2020.

The first film to be shown this Sunday is 12 onzas from Pato Serna; followed on Sunday, November 8, with the film Palomar from Luis R. Garza. On the month’s third Sunday, Gringo from José Luis Solís will be shown, and finally, on November 22, the film El Salmón from Janett Juárez and Ricardo Serna will be presented.

All the films will be screened at 4:00 pm via the FISL’s various platforms, which the festival launched on October 11; and at 6:00 pm, a conversation will be held with their directors.

The projections can be viewed in the following social media: