‘Marino y Esmeralda’ is selected at the Rome Film Fest 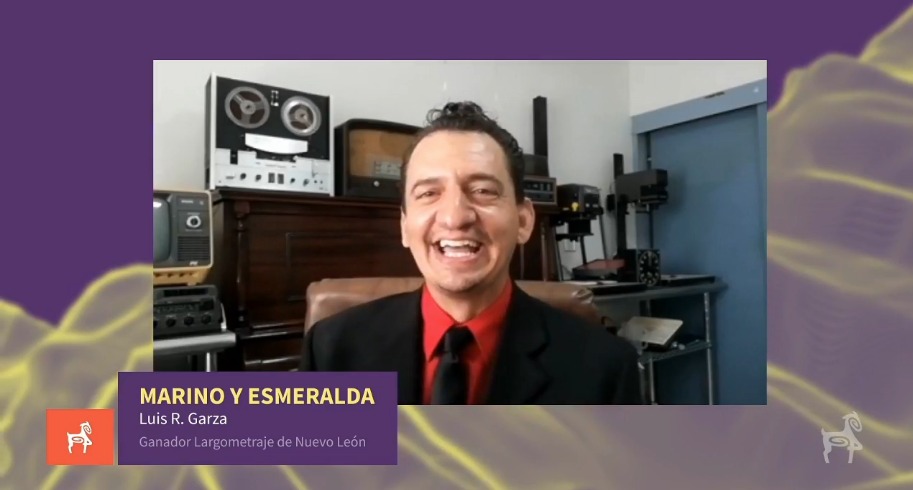 This selection has made its director Luis R. Garza ‘delighted and happy,’ because, in his own words, ‘these are not things that happen every day.’ However, even though the festival’s programmer informed him a week ago, he regrets not being able to travel to the European country because of restrictions due to the pandemic.

‘Good vibes from here. Of course, if this Covid situation weren’t present, I would definitely go,’ Luis stated and expressed that he’s been working to meet all the festival’s requirements to exhibit the feature film, which will take part in the Reflections section.

Also, as the film’s producer, he recognizes and thanks the support provided by IMCINE for the film’s distribution. The great communication with the institution has kept him to date on his film options and led to the Rome Film Fest, to be held from October 15 through 25, and other festivals where he is looking to participate.

‘With IMCINE’s help that would tell me: Look, these festivals are open now and don’t charge an entry fee, or this one charges an entry fee, but there’s a waiver for IMCINE, so then you can submit it here…,’ he said.

Regarding the film’s protagonist, Stéphanie Rose, he said that ‘she is very pleased with the selection,’ even though she confesses she’s not gotten used to all the exposure.

And even though he states that the film festival road for ‘Mariano y Esmeralda’ will continue and he’s a strong advocate of the ‘ritual’ of going to movie theaters, he doesn’t rule out that he could host the film in platforms such as Cinépolis Klic, one of the spaces used by ficmonterrey to bring the cinema in this 2020 to households in Nuevo León and around the world.