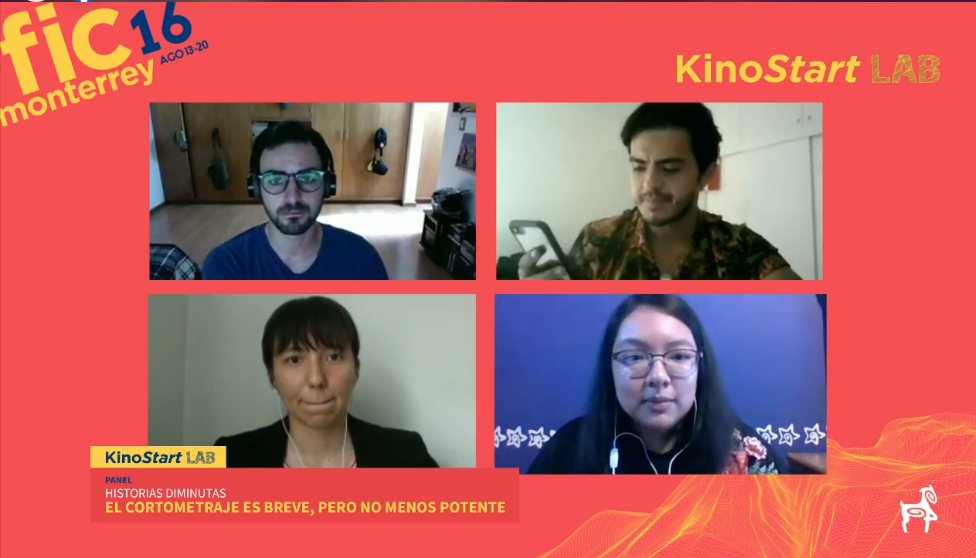 Telling a story in a few minutes is not easy. On this task, the KinoStart LAB day edition took place in which moderated by Narce Ruiz, director of Programming, young short films shared their experiences when creating their works.

There the young people exchanged comments on how the idea of making their short films, under what technique they began to tell the story, because according to Luis Paulo de la Fuente, entering directly into the conflict allows him to capture the attention of the viewer and save time.

Tags: ficmonterreyMonterrey International Film FestivalShort films
Previous
Wave of films on the pandemic predicted
Next
The Complexities of Screenwriting