They defend structure in film scripts 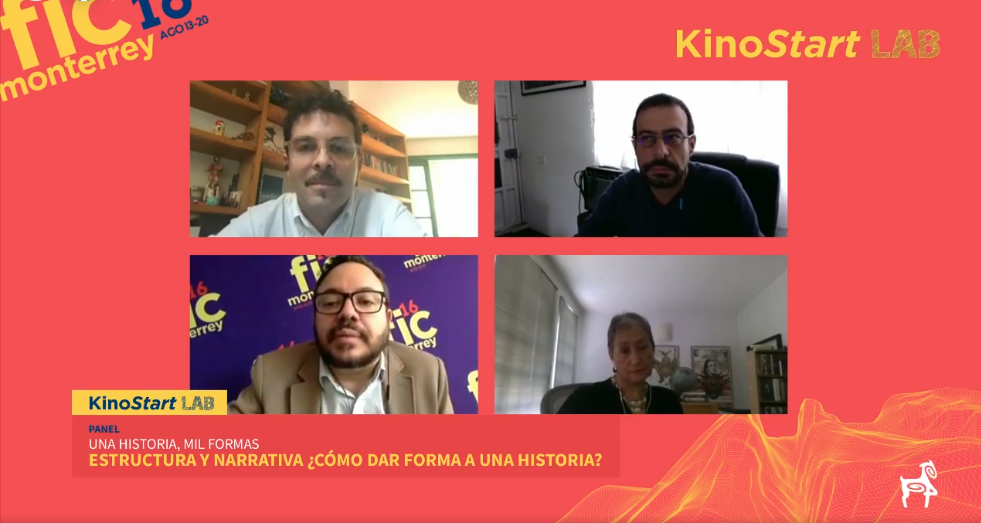 KinoStart LAB has been a space for learning and as such, outstanding screenwriters shared this Wednesday their teachings on the relevance of the structure as a fundamental part of the narrative.

In the panel: «Structure and Narrative: How to shape a story?», the writers made clear the importance of the structure when creating a screenplay.

Max Zunino, screenwriter and director of “Los Bañistas”; Marina Stavenhagen, screenwriter of “De la Calle” and “Viaje Redondo” and Rodrigo Ordoñez, screenwriter of “Depositarios”, “Dosis personal” engaged in a rich dialogue with Juan Manuel González, director of the film, in which they made it clear that the structure seeks to dramatically enhance what you want to count, having clear the point of view.

In the talk, they also talked about the «monster» of the algorithm that defines what is seen in cinema and interacted virtually with the attendees to whom they recommended books and manuals on writing film scripts, in addition to suggesting using the practice as a tool to improve storytelling.